The official guide, powered by On the Road magazine

Get Directions
The Davis Drive Tract of the York Regional Forest is a smaller forest tract on the Greenbelt in Whitchurch-Stouffville. However, it is no less important. This parcel of land provides a habitat link between the larger North Tract and Bendor & Graves Tract forests.

Both tracts feature new reforestation activity, especially the northern half, which creates areas of limited canopy.

On this bright and warm Sunday in May, we hiked portions of the southern half. We chose this tract because it is less popular than the larger neighbouring North Tract forest. There were seven cars in the parking lot – not bad for a weekend. Most hikers tended to be around the larger pond – taking photos, reading under a tree or circling the pond.

There is an open area nearby the parking area, which formerly was the site of a house and outbuildings.

There are three more ponds on the property, but these are in various states of succession – more cattail than open water The stream that crosses the property flows to Lake Simcoe and is an important spawning area for Brook Trout

The trails are a mix of grass and dirt, and are mostly level, with the exception of a few rises. The level of difficulty, as the two baby strollers we saw, were having no trouble.

This is a nice forest for a family outing that includes young or older members. For more advanced hikers, it would be easy to combine the Davis Tract with a portion of the North Tract forest.

It would be difficult to get permanently lost in this forest, but it can be disorienting. It is recommended that one carry a fully charged cell phone that has a trail app on it to track your progress.

Looking for other places to hike? 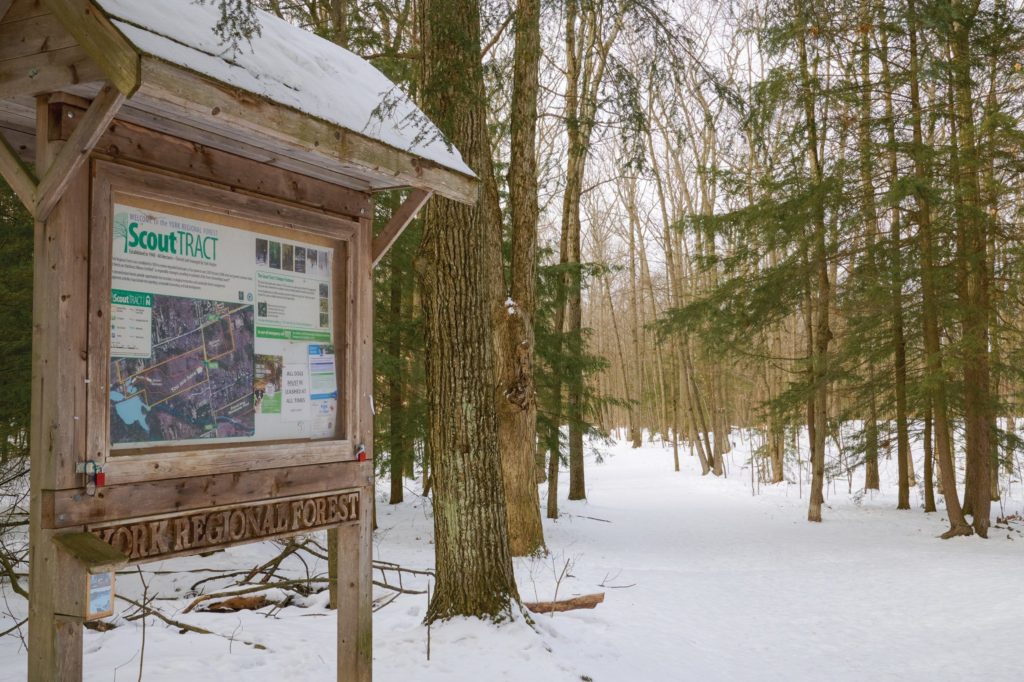 You must approach these forest tracts from Vivian Rd. as McCowan is cut at a creek valley. For this reason, these tracts are less frequented. Park on the side of the road, and